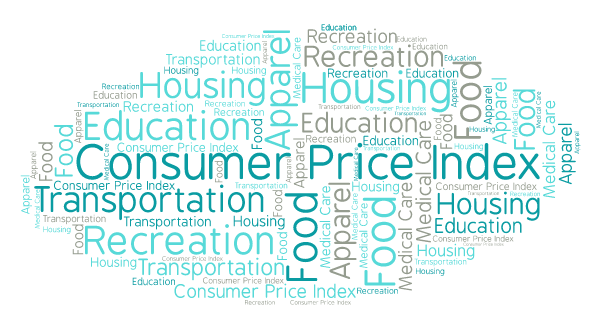 The Consumer Price Index (CPI) is a weighted measurement of the average price for various types of consumer goods and services. The CPI of a given set of goods like transportation, food costs, or medical care is a strong indicator of inflation and deflation because it tracks the amount that consumers are paying for various products as well as how that value is changing over time. Government and Central Bank officials all over the globe use the Consumer Price Index to create effective fiscal policy that is beneficial to their people and attempt to control internal inflation with information gleaned from CPI values.

The Bank of Israel is no stranger to managing inflation, after the 1983 Israeli bank stock crisis following a decade of economic stagnation, the four largest banks in Israel were nationalized, following massive devaluation of their stock, to offset public investment losses. New, stricter banking regulations were eventually put in place as a result of the crisis, many of which afforded Israel relative stability during the worldwide recession of the late 2000's. The bank itself creates solutions and manages fiscal policy independently and its current Governor is considered among the best central bankers in the world.

Using data from the Bank of Israel, the phenomenon of the decreasing intrinsic value of liquid currency over time can be observed and with analytics tools in ATSD, these changes can be tracked and interpreted to learn why simply holding your nest egg in a savings account is quickly becoming the modern-day equivalent of the shoebox of cash hidden underneath your bed.

The ATSD is also developed for integration with a number of industry standard advanced analytics tools, if it is preferable to perform calculations in an interface that is already familiar to you, follow the integration examples in the documentation below to extract a series from ATSD, perform calculations in the interface of your choice, and then submit the new, derived series back in to ATSD:

The following visualization is the primary subject of analysis, it tracks the overall price levels compared to 2017 values and is shown below:

Open the drop-down list in any of these visualizations to navigate through time.

Calculation tools built in to the ChartLab interface make long-term analysis of complex data more simple than manual or other methods of computer-assisted computation by allowing mathematical functions determined by some underlying data to be used as guides for visualization. These tools are used to showcase the inflation Israeli consumers face as a result of local CPI values.

Shown above is the percent change of almost half of century's worth of CPI data tracked by the Bank of Israel. The hyperinflation that resulted in the establishment of the contemporary currency the country, the New Israeli Shekel (NIS), in 1985 is detailed by the absolute maxima seen here. The value shown is a calculated percentile based on this setting, which is visible in the Editor window:

This script simply replaces the value stored in the database with the value calculated by the equation, which returns the change in CPI. to smooth the variance of the curve, this setting may be added to the Editor:

The label tag describes the visualization and is used in the legend at the top of the screen, the value tag here contains the movavg or moving average method, built in to ChartLab. Moving average is an aggregation of a variable number of years, set by the user as the second parameter, with the first indicating the alias to be averaged. The resulting graph is shown below:

Inflation and deflation have a number of tangible effects, the most obvious of which is the increase and decrease in the prices of everyday purchases, measured by CPI as shown above. Additionally, gross yield of cash can be measured to track the appreciation or depreciation of the value of liquid currency. In a country experiencing serious hyperinflation, such as the Weimar Republic in the twenties, Japan in the forties, Israel in the eighties, or Russia in the nineties, the value of liquid currency can depreciate to the point of worthlessness very quickly. But this phenomenon is simply an accelerated version of the natural inflation that occurs in even the most dynamic economies.

Since its first printing in the eighties, the NIS has grown to become a stable, and freely-tradeable currency but that does not mean that it has become immune to the effects of inflation. Shown below is the Gross Yield of cash holdings in shekels since the early nineties to present day, contrasted against the percent change of the Consumer Price Index:

The decreasing difference in absolute value of the two lines here, representing the Gross Yield of cash in blue, and the change in CPI value in gold, shows that over the observed period of time the gross yield of cash (or makam) is decreasing, with some exceptions. To simplify, a cash gross yield of 0 (no slope) shows that the value of a given amount of cash is increasing or decreasing in parallel with inflation, not that the value of the cash is stagnant (unless of course there is also zero percent inflation in the observed year).

Using the derived series CPI (Smoothed) in a new function, the Real Yield value of cash can be calculated by adding the following script in the Editor window:

Here, an entirely new series is calculated by subtracting the value of the CPI (Smoothed) function from the value of Cash's Annual Nominal Yield and the series is named Real Yield to reflect that it has been adjusted to include calculated CPI values.

The above visualization details the real yield of cash (makam) and not just the absolute, or gross, yield. Looking closely from 2010 to present day highlights the differences in visualization:

Comparing the visualizations above, the difference in the absolute gross yield of cash and calculated real yield is shown compared to the percent change in Consumer Price Index and calculated average Consumer Price Index. In the gross yield visualization, the slope of the line is approaching zero. As noted above, a true zero-slope gross yield line would represent cash value that is not inflating or deflating each year. However, the value of CPI shows that in fact, inflation and deflation is occurring, and the prices of consumer goods are affected by that.

The interaction between CPI (Smoothed) and the Real Yield of cash is shown to be closely related in recent years. In fact, the cyclical nature of CPI is shown to be occurring in parallel to the now-cyclical real yield in cash value. The stability of the Israeli economy during recent years is highlighted by low inflation and deflation and stable CPI.

This visualization includes all visualizations discussed in this report, with emphasis added to the calculated metrics. The table below shows how this information applies in a real-world example:

The calculated loss in Real Yield shows that over a quarter century, cash held without interest would depreciate in value almost 14% as a result of changes to the Consumer Price Index and inflation. Cash held in an account yielding two percent annual interest, a typical saving option for regular depository banks, managed to see real returns one of the four observed years, but otherwise suffered a similar fate to the money held as cash. Examples like this highlight the need for consumers to diversify their holdings, whether that be through investing in something like an index fund to see slow growth over a long period of time, or something higher risk like futures contracts, simply holding on to the money you have is no longer enough to save it.