# The Most Crowded Industries in New York City

Running New York City is a big business. In fact, according to data released by the State of New York that tracks employment figures by industry, the top two industries are partially staffed or entirely staffed by government employees and the third position is sure to include government staffers on the payroll as well. That is big news considering the annual budget for the current fiscal year (2017) of the state ranked second in the union at a whopping $153 billion dollars and the City of New York has its own local budget that totals about half that number as well. New York City and State officials have stood behind the expansion and implementation of the Affordable Care Act locally, which has seen the health care and social assistance industry add over 100,000 new jobs over the past four years in the Big Apple alone. 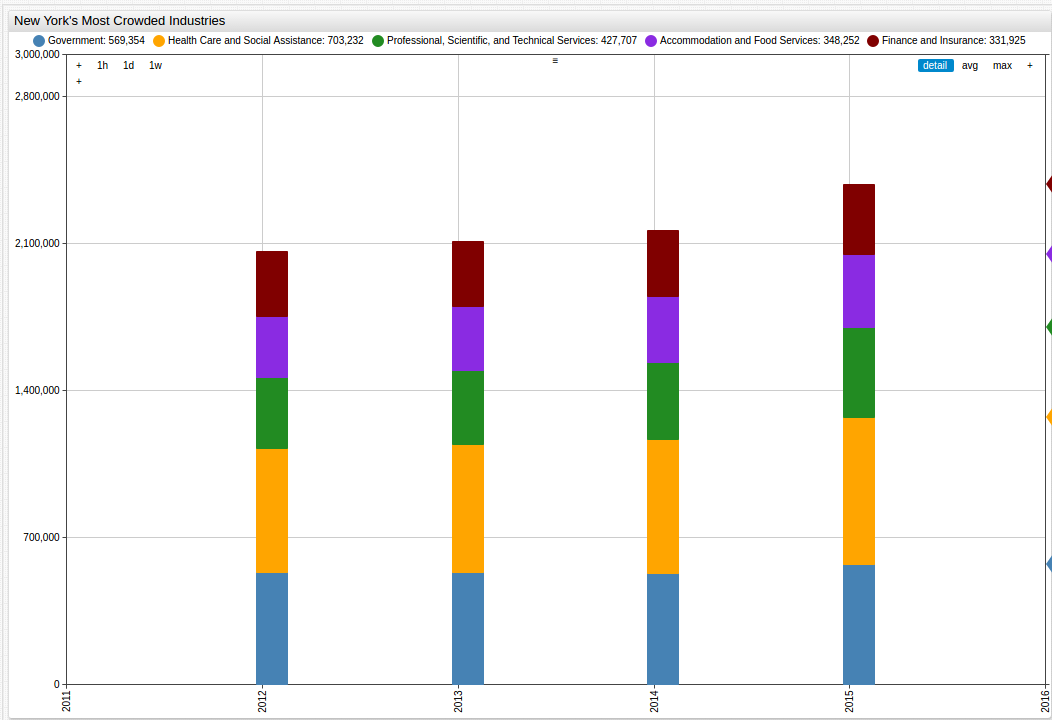 Additionally, the number of working government positions in the city has increased by roughly 38,000 and using the SQL Console interface in ATSD, New York City figures can be compared to New York State figures: