# The Effectiveness of the Bag Tax 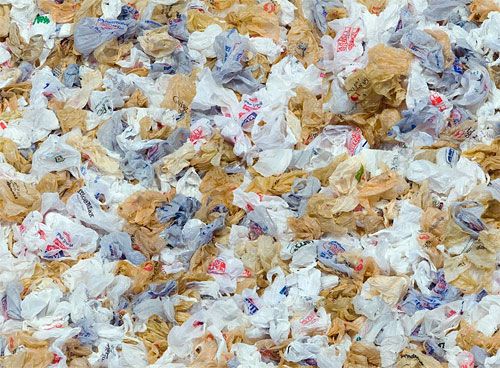 Many local governments across the country have already put in to effect the now famous Bag Tax, meant to encourage better habits while shopping and discourage rampant and wasteful use of the plastic bag. The legislation is straightforward enough, shoppers who want plastic bags for whatever reason have to pay up, usually around a nickel per bag; the new excise tax is collected by the store who passes it on to the county government, while keeping up to a penny for themselves. In Montgomery County, Maryland the revenue generated by the tax is put towards water quality initiatives.

The Montgomery County tax came into effect in 2012, not as a means of generating revenue, but as a way of reducing plastic bag litter, which adds an estimated forty tons of debris to local rivers and tributaries every year. Montgomery County spends an average $3 million every year cleaning up such waste and initially estimated that the Bag Tax would be able to reduce plastic bag-related waste in local waterways by up to 65%.

The Montgomery County Bag Tax has been in effect for half a decade, and the county has released data that quantifies the relevant metrics of the tax: how much various retailers are collecting from shoppers, how much they are paying to the county government versus keeping for themselves, and perhaps most importantly, the number of plastic bags going out the door and potentially, into the waterways of the county.

To measure the effectiveness of the bag tax as a method of reducing overall plastic bag use, the Montgomery County data from the 2010 United States Census can be used to define a per capita usage of plastic bags and assess whether the last five years have shown a decrease in plastic bag usage as the city intended. Because the official Census occurred 2010, and local population estimates exist for 2015 an average step amount must be calculated to determine yearly population totals. Averaging the difference in population numbers provides an approximate per year increase value (+14,503 persons) which gives these estimates:

Because of the 2012 implementation date of the Montgomery County Bag Tax, records about businesses' bag usage before 2012 are scarce. However, tracking from 2012 until 2016 is possible and can be used to grade plastic bag usage using SQL Console:

This visualization shows the same period of time as the chart above, but aggregates total plastic bag usage by month instead of year, highlighting the sharp increases and decreases in month-to-month usage. The local maxima for each year is unsurprisingly located somewhere during the holiday season each year.

The county mandates that a plastic bag can cost as much as $0.05, with $0.04 paid to the government and a maximum $0.01 kept by the organization selling to the plastic bag to offset the additional infrastructure needed to accurately record bag sales.

Use the drop-down list to view totals by year, month, or week.

This chart shows the amount of revenue generated from five of the largest companies in the country.

Note that certain months are empty because many companies pay their taxes at some internally determined interval, which may result in a delay in payments. This typically applies to larger companies who aggregate bag sales across the entire county instead of just one or two locations.

The income generated by the county government aligns fairly well to the costs expected to accumulate from waterway clean-up projects targeted at removing litter from local streams and rivers. The table here shows per capita amounts paid to the Montgomery County Government:

The Bag Tax costs each citizen roughly two and a half dollars each year, hardly a burden on even the most modest salary.

View revenue generated by all Maryland vendors for the observed period, by week, month, or year.

The average Montgomery County citizen has paid roughly three dollars each year since the bag tax appeared in 2012, with the majority of that total used by the government to offset their own costs for water quality improvement projects. Although companies in the county generated some extra income, it is likely that this amount is re-invested to deal with the increase in infrastructure related to the levying of the new tax, new employees, paperwork, overtime, or a little bit of all four. Even when analyzing these profits by business, no individual or organization made a significant amount from the Bag Tax:

Even enormous national retailers like Giant-Landover, Whole Foods, and Safeway never recorded a significant amount of revenue from bag sales, though Giant-Landover held the top spot for every recorded year, with a five year total revenue of $670,000 (Do not worry too much though, that total accounts for about 0.02% of their recorded 2016 profits).

After the initial implementation of the Bag Tax, plastic bags sales noticeably decreased the following year. After that, sales recovered slightly and now the average person uses about four less plastic bags a year. With respect to its goal of reducing overall plastic bag use, at least in Montgomery County, the Bag Tax seems ineffective. However, the income generated from plastic bag sales is used by the county government to enact water quality initiates which counteract the harmful effects of plastic litter clogging up the waterways. The county estimates this total to be around $3 million, and the Bag Tax successfully generated roughly that amount. This is the hidden beauty of the Bag Tax, while perhaps ineffective at modifying the target behavior, by taxing plastic bag users for their bags, the county is able to offset its own costs which previously came from another revenue source and still perform its goals of removing garbage from the environment without any individual or group seeing a steep increase in their personal tax payments.

Many detractors of the Bag Tax make claims that businesses are able to illicitly profit from the sale of plastic bags, but according to the data, most retailers and wholesalers saw an insignificant amount of money retained as a result of implementation. Additionally, the amount of money that the tax generates for the government itself is most likely not even enough to totally offset the cost of their already operating waterway clean-up programs.

From its declared standpoint of reducing plastic bag usage, the bag tax appears to come up short, however its value is demonstrated in its ability to generate needed income for important projects by collecting almost imperceptible amounts from each citizen and then using that money to perform tasks made necessary by the product being taxed. The Bag Tax is in fact, everything a tax is supposed to be.