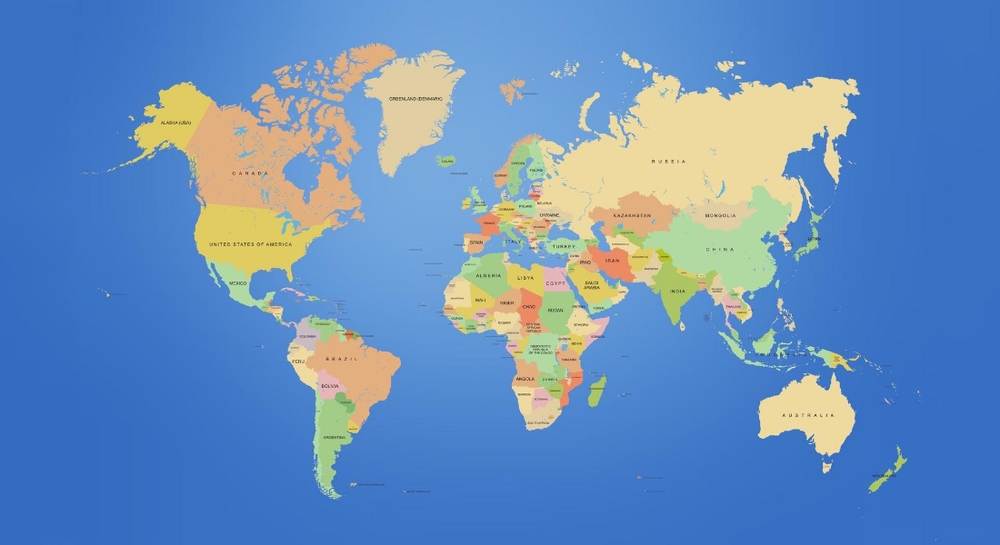 The number of people who pledge allegiance to the United States has been relatively stable over the years. 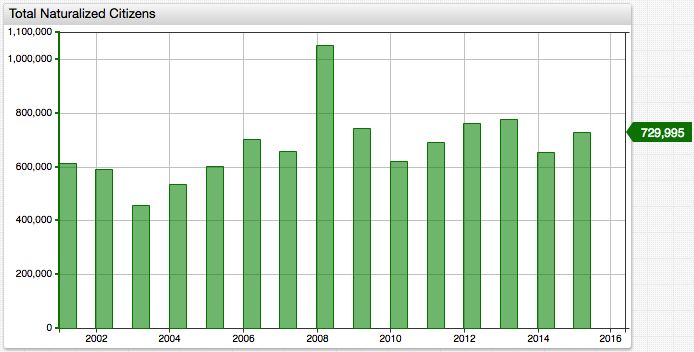 What is interesting however is the number of individuals rolling back their commitment to the country.

Data is published quarterly by the U.S. Federal Register and each report even discloses the names of expatriating individuals. The latest report published on May 10, 2017, for example, contains the last, first, and middle names of 1,313 individuals losing United States citizenship from whom the government received information during the quarter ending March 31, 2017.

The IRS legal rationale of disclosing the names under the auspices of HIPAA which is supposed to protect patient privacy seems rather strange to an uninitiated observer but it is of out of scope for this article.

After removing duplicate names which are most likely associated with different social security numbers in the back-end systems and calculating a rolling annual total to smooth out variance, the trend becomes more apparent. More people are leaving the U.S. than in previous years. 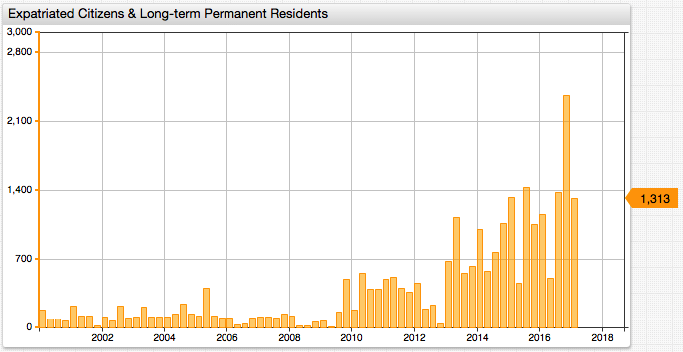 Given that it usually takes several months between the submission of an application and the appearance of a name on the list, it is not clear if there is any effect of the latest political season on the expatriation numbers.

The next report is due in early August. Stay tuned!