Records are always associated with an entity: a generic class, which represents a physical or logical object being monitored such as Br1740 (a bioreactor), or eia.gov (an institution). 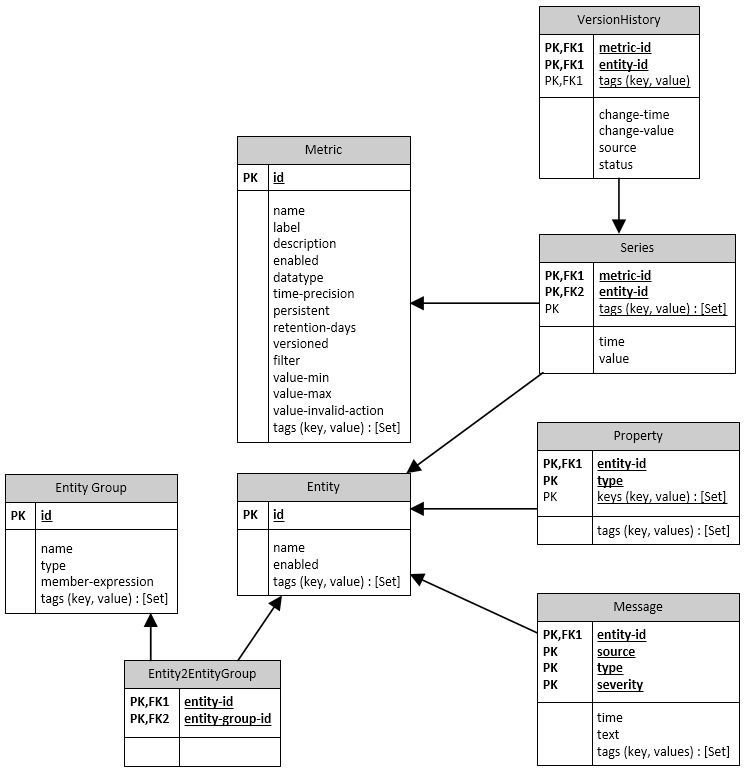 Time Series is a time-indexed array of measurements, each described by a timestamp and numeric value or text annotation.

Each series is uniquely identified by a composite key consisting of metric, entity, and optional key-value pairs called tags.

The above sample series can be identified as follows:

Series values change over time and their history can be analyzed with SQL and visualized with graphs.

The Selecting Series Overview contains additional examples on how to retrieve series from the database for visualization purposes.

Messages are timestamped text events also referred to as logs. 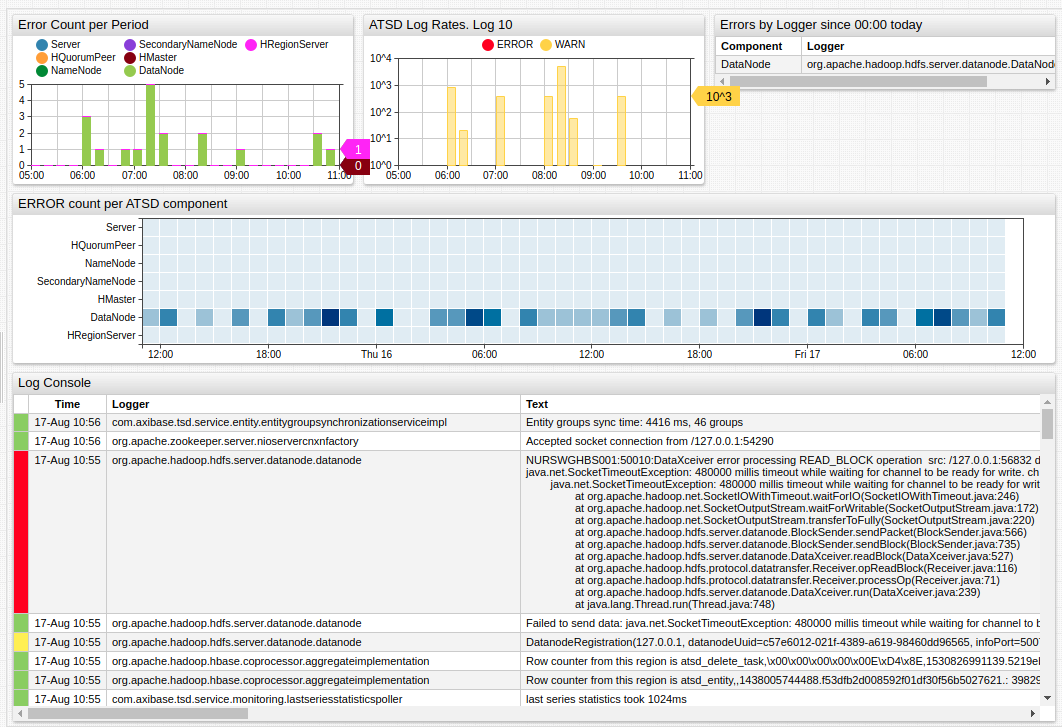 Property is a collection of arbitrary key-value pairs describing a given entity, grouped by user-defined type. The property record is uniquely identified by type, entity, and optional keys. Unlike series, the property record stores only the most recent values. The values are stored as text.

For example, disk_info type for an entity can store properties such as disk_type, disk_model etc. The property schema is similar to the following relational representation: 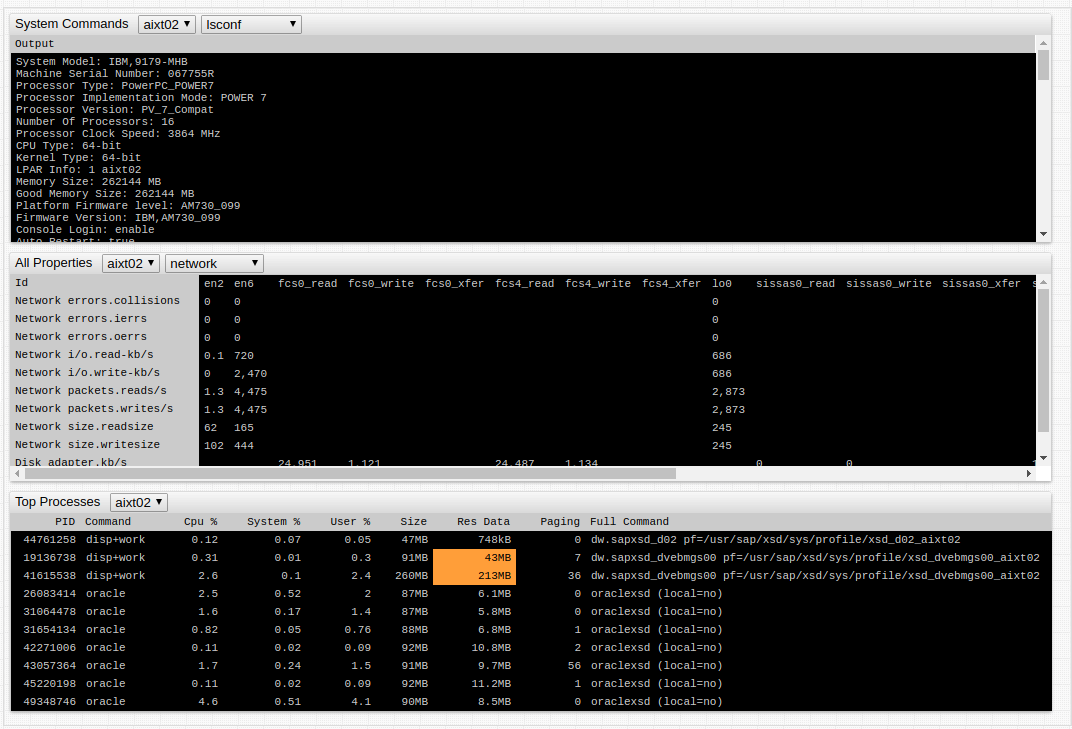