# The Time Series Database is about Reducing Complexity

The Axibase Time Series Database (ATSD) is able to deliver on both counts, and here is an example:

Energinet is an all-in-one energy regulator and operator in Denmark. Energinet performs research and development into sustainable energy, collects industry data, and participates in policy action. Download publicly available datasets from the Danish energy industry from the official Energinet website.

The recurring effort involved in analyzing this data and preparing a report is substantial.

With ATSD you do not have to stage a database, design table schema, provision an application server, and write programs to parse and upload this type of file. Instead, simply configure a scheduled job to fetch the file from a specified endpoint and have ATSD parse it according to pre-defined rules. Once you have raw data in ATSD, creating and sharing reports with built-in widgets is simple. The reports are continuously updated as new data comes in.

The built-in visualization also allows you to combine wildcards, aggregators, and simple control functions to build a fairly complex report in less than 50 lines: 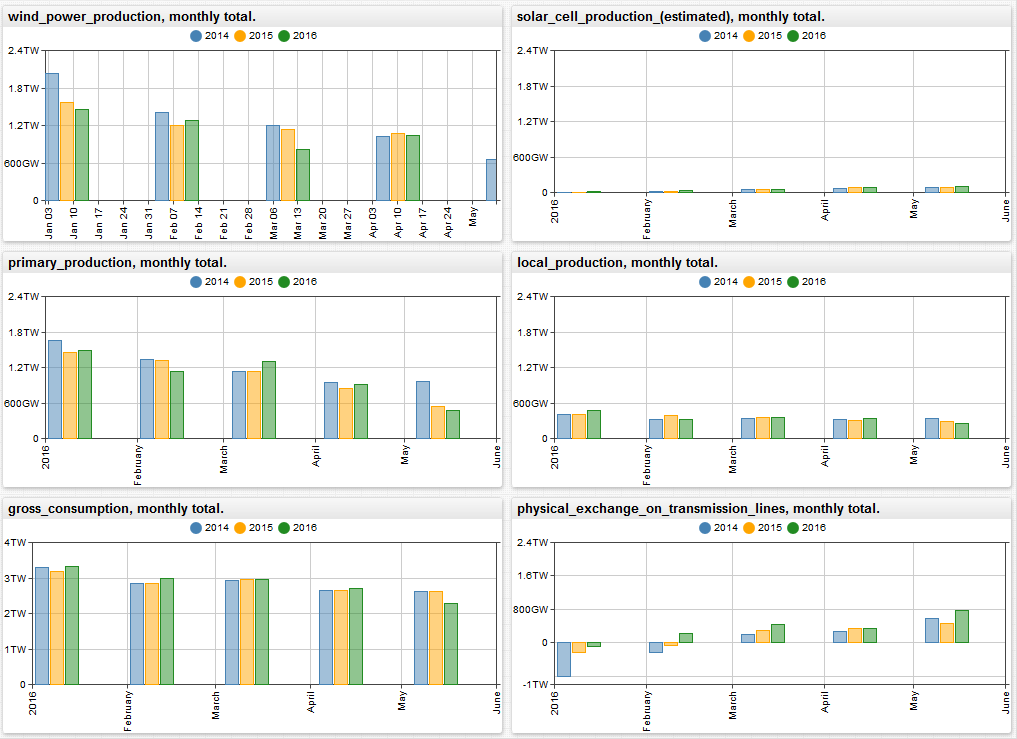