Inheritance is a mechanism for applying common settings to nested configuration objects. Settings defined at the [configuration] level apply to all other sections whereas [widget] settings apply to the widget itself as well as nested [series] sections.

To modify the inherited setting, the setting must be set to a new value in the lower-level object.

To reset an inherited setting to the default value, specify the name of the setting as an empty string:

If a setting needs to be set to an empty string, use double quotes:

If all widgets in a portal are created for the same entity, set the entity setting at the [configuration] level.

In this example, the same metric is inherited by all series in the widget because the metric is defined at the [widget] level however the second series overrides the inherited value with the metric = mpstat.cpu_busy% setting. 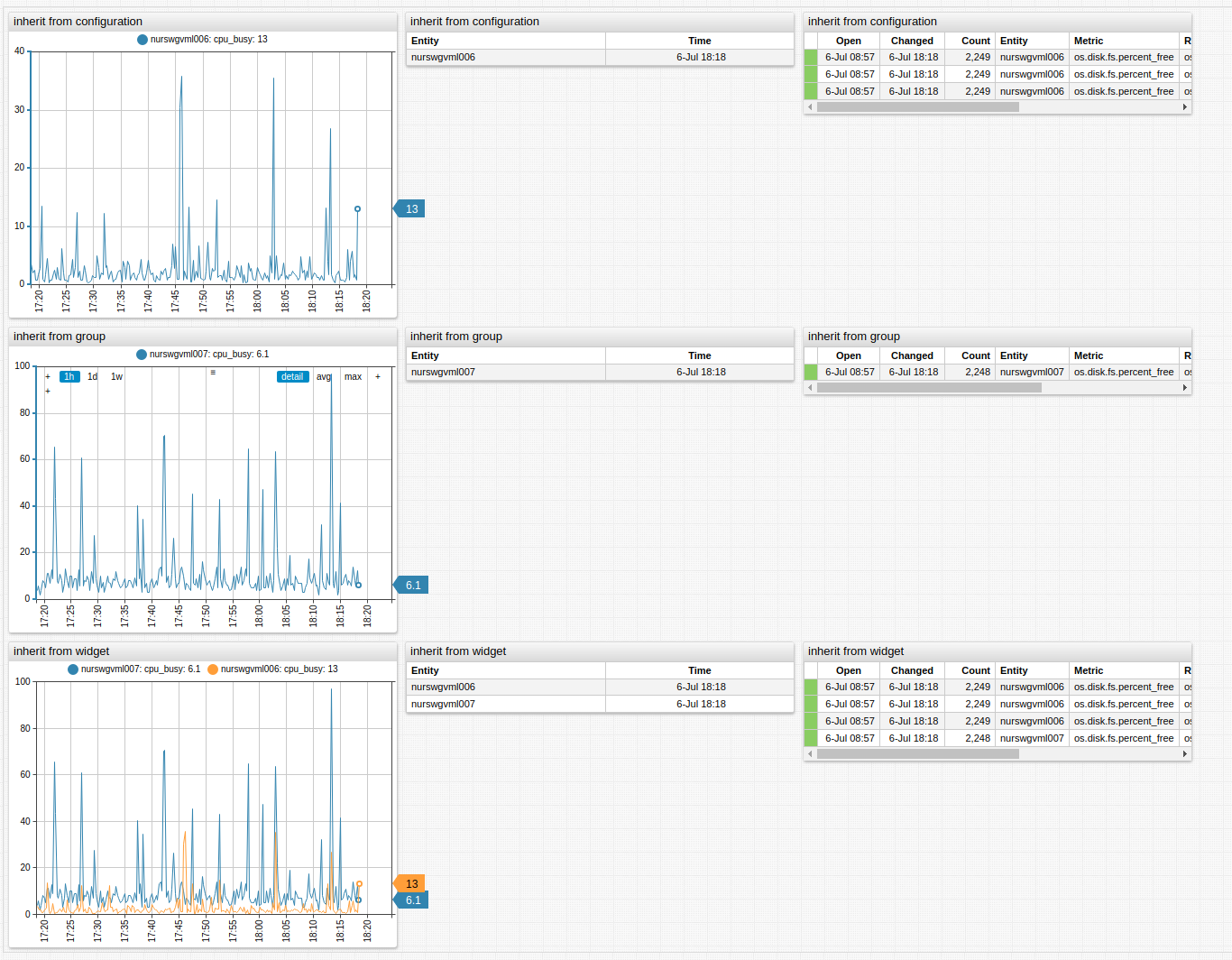