An operations analyst has with two datasets, cargo tonnage data from the two largest airports in the New York City Metropolitan Area and passenger enplanement data from the same airports both available from the Axibase Dataset Catalog. The analyst must create a relational model between the two datasets for an airline looking to expand their presence at either LaGuardia (LGA) or John F. Kennedy Airport (JFK) to facilitate the maximum number of passengers and cargo.

The first dataset, collected by the Port Authority of New York and New Jersey is aggregated monthly while the second dataset from the New York Department of Transportation is aggregated annually.

With the wtavg function, data with differing granularization is readily comparable.

The tonnage dataset is visualized below. Because of the differences in the ranges of the data, there are two charts to show the high variance for each of the metrics:

The granularization is mismatched and the observed periods differ by twenty years. The latter problem has a simple solution: modify the observation period using the drop-down lists in ChartLab or hardcode the specific timespan in the editor window with the start-time setting. However, the former problem does not offer such an obvious solution.

The syntax to compute a weighted average is two-part and shown below.

The time-based window period is set by the user and able to be as precise as millisecond granularity and as long as any number of years.

The two-line syntax above calculates the average of each annual input and aggregates the value to return one value per specified period. This type of ad hoc modification does nothing to the underlying data.

Application of the weighted average to Figure 1 and Figure 2 is shown below: 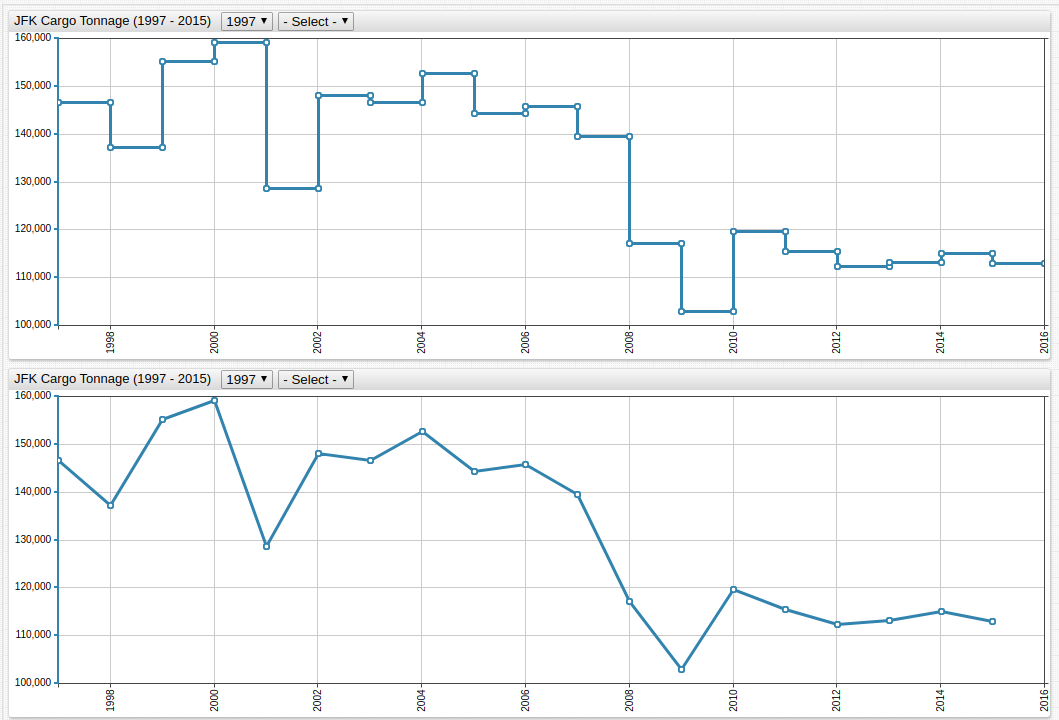 Each chart display the same function, but the lower chart contains the step-line = false setting. 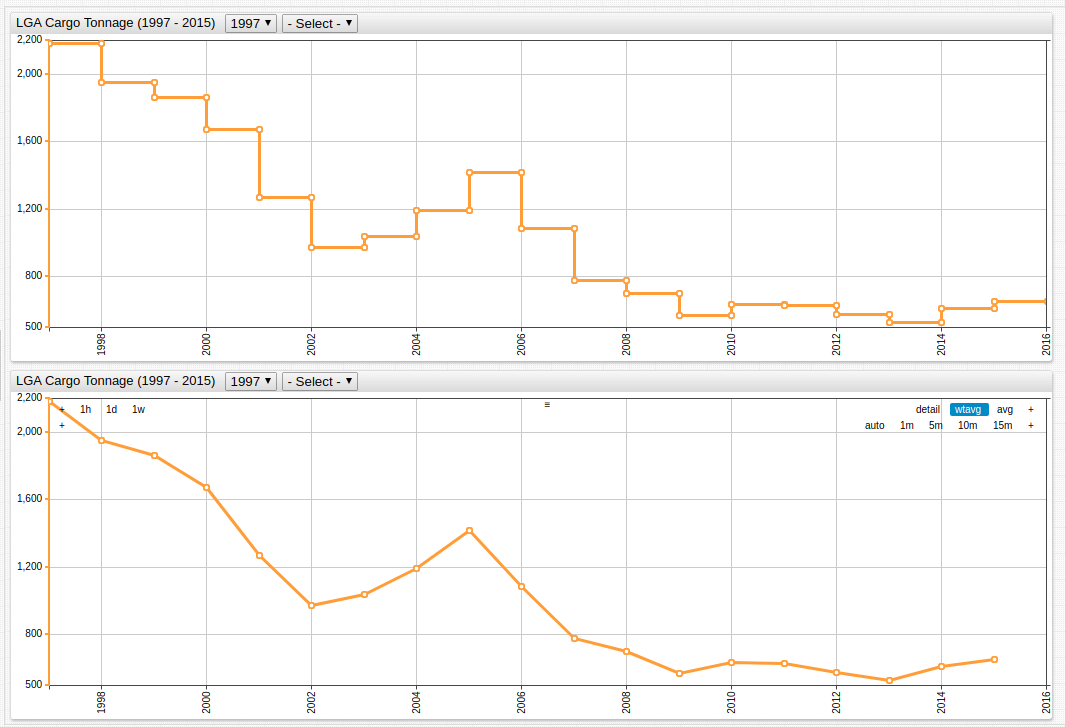 The analyst is now able to more accurately judge the relationship between the two datasets because of the equal rate of granularization.

Combining the JFK and LGA elements from each of the two datasets, and using the mode = column setting, produces the following visualizations:

Once the comparison is complete, remove the statistics setting from the configuration in the Editor window to return the data to its original state.

It may be helpful to compare the modified chart with the original to calculate monthly baselines. Airport traffic and use is seasonal, as such comparing values month-to-month is misleading.

The transformed series is superimposed over the underlying data in the visualization below.