# The Effect of Particulate Matter on Water Temperature

Water turbidity is a key test of water quality. The measurement tracks the cloudiness of a body of water caused by the presence of microscopic particulate matter. The standard unit for turbidity is Nephelometric Turbidity Units (NTU), which is a function of the amount of refracted light detected by a sensor called a Nephelometer. The more particulate matter present, the more light refracted.

Turbidity standards are shown below in NTU:

Several states have promulgated ambient water turbidity standards to adjudicate the cleanliness of publicly accessible bodies of water based on size, location, and purpose:

The City of Chicago makes use of several such detectors during the summer months to track water turbidity and temperature. The dataset is stored in Socrata format and available in the Axibase Dataset Catalog.

Alternatively, download the CSV file from the /resources directory.

Sample records from this dataset are shown here:

The four relevant columns for this research are Water Temperature and Turbidity, the associated Measurement Timestamp, and the Beach Name detector location.

The location of each detector is described on data.cityofchicago.org by geographic longitude and latitude. Their position is plotted on the map below and specified by name in the associated table: 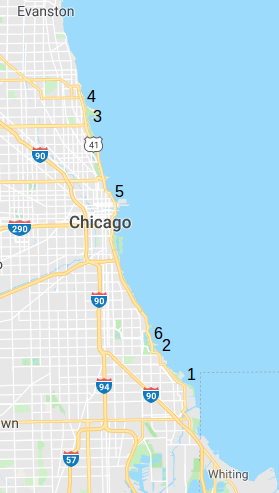 The dataset is inconsistent. Some years lack data for certain locations, and others contain only intermittent data. Open the ChartLab portal below to view 2016 data. 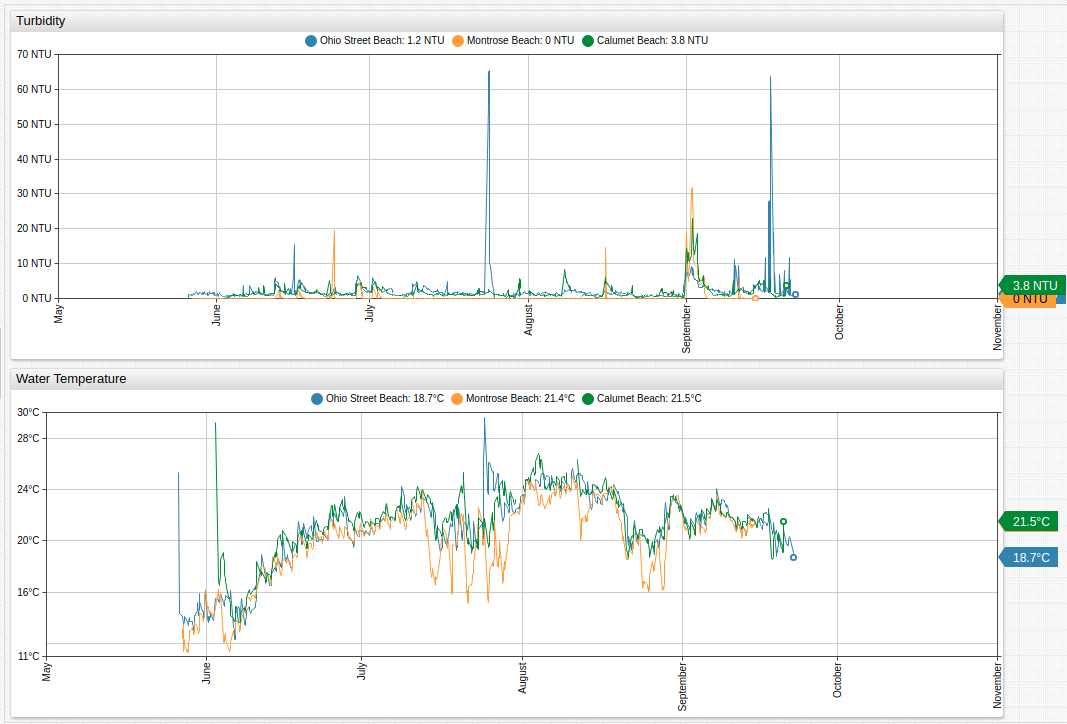 View data from other years by modifying the start-time setting or isolate a series by clicking the Beach Name tag icons above the visualization to toggle the presence of the detector from that location.

The Ohio Street Beach dataset is the most consistent, and the only data tracked for the entire observed period. To maintain consistency, other data is henceforth excluded.

This portal tracks the four most recent years of Ohio Street Beach data for metrics Turbidity and Water Temperature with data as recent as July 2, 2018.

The data is hourly and erratic. This is due to the nature of the device which is unable to discard erroneous readings or the presence of an object, such as a person or thing, near the detector.

According to Snell's law, the angle of incidence and thus wavelength of refracted light is a function of the speed of light divided by the frequency, which changes when the light particle is refracted. Particles refracted by particulate matter of different indices of refraction create different readings. 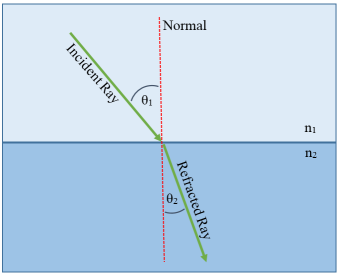 The formula associated with Snell's law n1/n2 = sin(θ1)/sin(θ2) states that the difference between two mediums affects the angle and velocity at which a light particle is refracted.

Aggregating temperature and turbidity data by the day is a reasonable resolution to the problem of volatile samples considering the observed period is less than six months for each year.

The resultant visualization highlights the analogous changes for each metric.

The converse relationship of turbidity and water temperature is visualized above: larger than normal increases in turbidity and therefore particulate matter, correlate to larger than normal decreases in water temperature. This phenomena occurs because of the energy transfer between solar photons and the media through which they refract. Generally this is treated as either 0% or 100% energy transfer for mathematical purposes. The presence of more absorbing bodies decreases the amount energy transferred to heat the body of water.

Consecutive sample comparison is another way to solve the magnitude problem.

The pattern is similar when comparing absolute daily average change but the PercentChangeByOffset is preferable since absolute turbidity changes are greater than absolute temperature changes. Converting the Celsius temperature values to Fahrenheit is one solution to increase variance.

Modifying the derived value expression in the visualization created using the PercentChangeByOffset function to reflect the Water Temperature line about the x axis and reducing the observed timespan generates a more coherent visualization of the relationship.

For additional information and syntax, refer to Charts Documentation.

The portal above shows two datasets that contain significant outlier data which does not conform to correlation established through visualization.

The 2016 dataset has two irregular incidents. Of the two noted above, the latter is likely the result of erroneous data input as mentioned in the introduction but the former requires a better explanation. The inclusion of the Battery Life metric showed that the surge in both metrics aligned perfectly with a sharp drop in battery life, perhaps indicating a temporary loss of power which flooded the recording device upon restart. 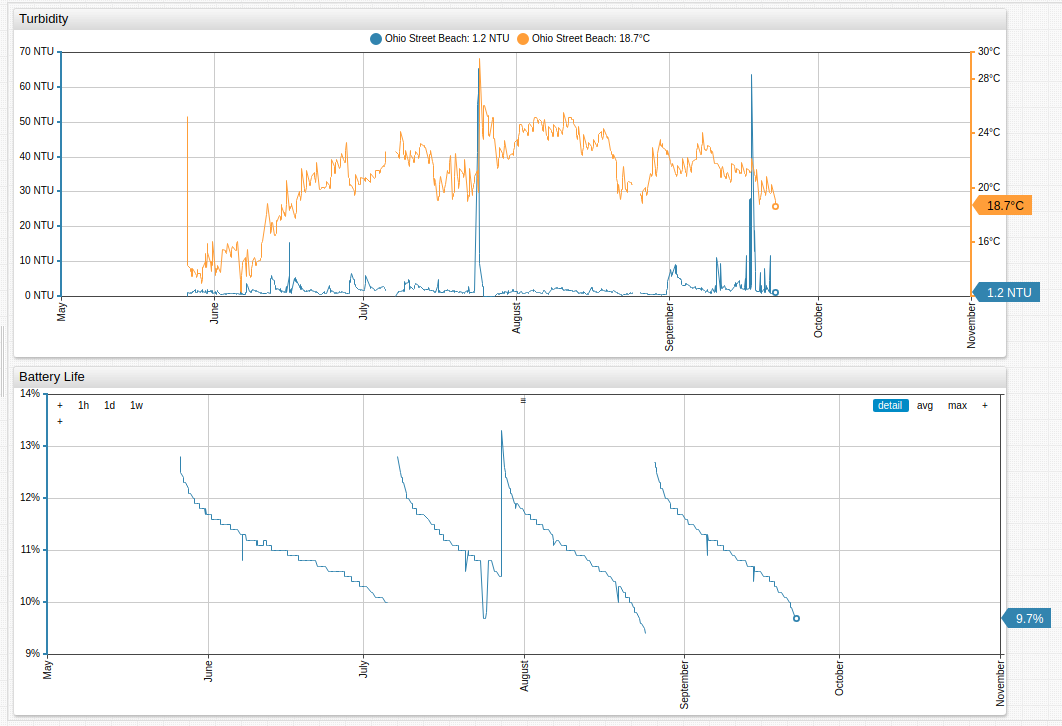 No other substantial fluctuation of battery life is recorded during the observation period, that is likely the cause of the erroneous data.

Repeat this procedure using the attached dataset and ATSD.

Ohio Street Beach is one of the most popular beaches in the country and is located in the heart of Downtown Chicago.

To maintain such consistently clean water in the heart of a major metropolitan area is no easy feat.

Only one year recorded an annual average turbidity greater than 10 NTU.